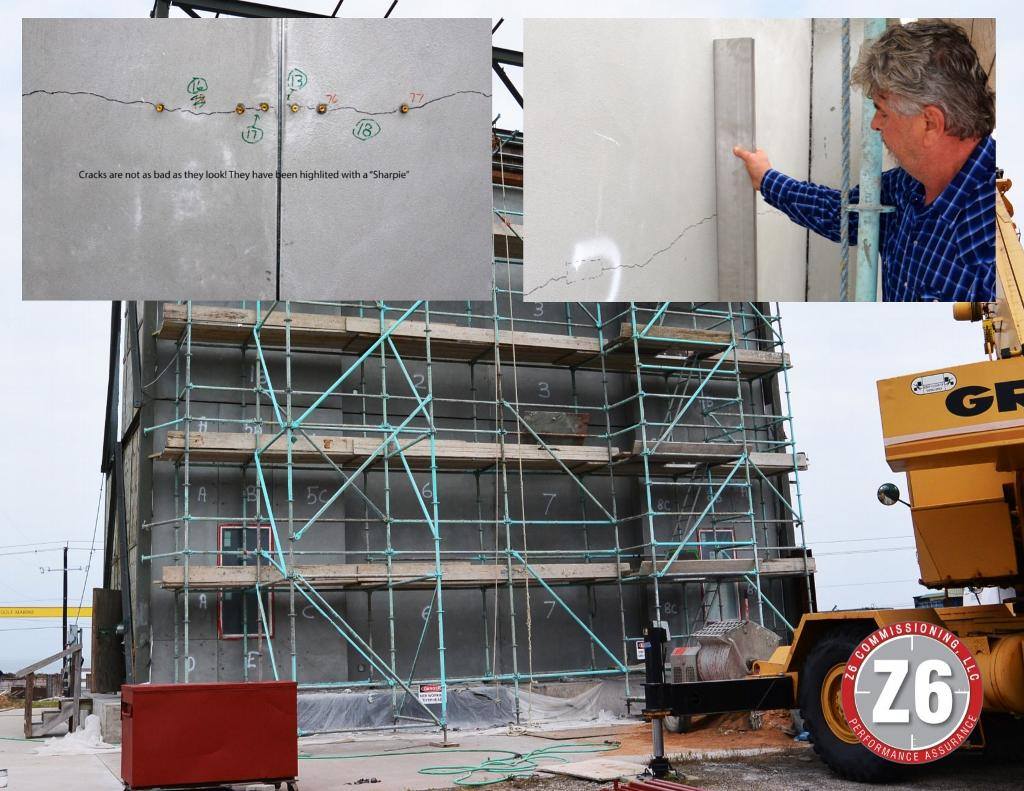 WE BOTH OFFER SERVICES TO HELP WITH CONSTRUCTION-RELATED PROBLEMS AND OFTEN TIMES, IT’S JUST LACK OF MAINTENANCE THAT DEGRADES A STRUCTURE.

Zero/Six is proud to work with some of the best companies in the AEC industry to ensure optimal building performance for our clients. This month, we’re featuring long-time strategic partner
Houston Lath and Plaster. Together with Z6 Commissioning, we’re conducting testing on a 40’ wide x 32’ tall stucco mock-up that is garnering national attention and will likely impact future codes
related to stucco installations.

ABOUT HOUSTON LATH AND PLASTER

Houston Lath and Plaster (HL&P) was formed in 1998 by Tim Rogan and his wife. Tim brings over 36 years experience in the industry, 20 of which he was a journeyman lather and foreman. HL&P participate in public offerings through the bid process, including both new & remodels of city
projects, select school districts, medical facilities, and both state and federal projects. They also specialize in restoration and renovation projects of historic buildings and older structures that were assembled with interior plaster, including The Historic Strand District in Galveston, Rice University,
Liberty County Court House, and many campuses in the Houston Independent School District.

In recent years, HL&P has downsized and evolved into a smaller, leaner company focusing on special projects such as remedial work and are moving toward forensics as they creep up on retirement. Today, they operate with a small core and increase manpower when the need arises. “There is a void to fill in that area and the construction market is cost-driven to where the margin is getting slimmer,” said Tim Rogan.

HOW DOES HL&P SUPPORT ZERO/SIX AS A STRATEGIC PARTNER?

I think we have a common belief – build better. Building codes and standards are minimum requirements and to build to those requirements one should expect minimum performance for the
building. We both offer services to help with construction-related problems and often times, it’s just lack of maintenance that degrades a structure.

DESCRIBE THE PERFORMANCE TESTING YOU ARE CONDUCTING WITH ZERO/SIX.

The stucco industry is torn between two lovers. Many stucco contractors love to run metal lath continuous behind control joints because it’s the way we’ve always done it. On the other hand, many
in the AEC industry love to have it separated to allow for movement of the joint during the initial stucco cure, with 60% of stucco movement occurring during the initial cure. So we, together with some sponsors who are committed to our industry, have assembled a 1500 square foot structural mock-up. We have identical panels, one has continuous lath and the opposite hand has cut lath. All control joints are wired to the lath, as they should be. This allows them to flex with the lath and stucco during cure and thermal variation because they are not pinned to the structure.

Bill Coltzer Jr., AIA: While some observations are what was to be expected, others are pretty enlightening. The final report is someways off, but we can share with you that, based on the results to date, the “to cut lath or not cut lath at joints” debate will have to be fueled by something other than cracking. Stay tuned…

FAVORITE PROJECT YOU HAVE WORKED ON?

One project that stands out is the Mi Tienda (HEB store) on Little York @ 59. I was working for a rancher from South Texas that was also a contractor. It was a remodel of an old building and as it progressed some hidden conditions came to light. It was a big job on a fast track. He and I stood in front of the building and I told him how much more it would cost for the remedy – it was over 50K. I turned to him and said, “McCoy you know how long it will take to follow contract procedures and paperwork?” He took off his sunglasses and looked me in the eye and said “Rogan, we need to start right away and you’ll get paid every dime. My handshake and my word are my contracts and if I don’t stand behind them I’m not worth dirt.” He was an honorable man that paid his bills to all his subs, regardless if he had been funded by the owner.

WHAT DO YOU ENVISION FOR THE FUTURE OF CONSTRUCTION IN HOUSTON?

I envision an evolution of building materials and assemblies that are not sensitive to this climate. It’s impossible to “keep the outside out” on all jobs because of details and craftsmanship. To some extent, it’s already happened. When I started, we didn’t even use galvanized studs in an exterior wall assembly. I believe the city engineers will finally realize that building to the minimum standards is simply not
good enough. There are plenty of structures standing today that won’t be here in 50 years because water and humidity will take its toll on them.