HOW TO COMMISSION THE EXTERIOR ENVELOPE

ONE POINT THAT IS OFTEN OVERLOOKED WITH REGARD TO BUILDING COMMISSIONING IS THAT IT’S AS MUCH OF A DESIGN VERIFICATION PROCESS AS IT IS A QUALITY ASSURANCE PROCESS. 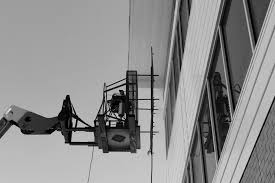 Multiple reasons exist for the increasing popularity of envelope commissioning/consulting, but I believe that two major factors stand tall above all the others; the first is the vast amount of dispute resolution and litigation issues related to water infiltration. It really is immense and is comprised largely of new buildings that are less than five years old…and the owner/user is not happy. In fact, a very large portion of Zero/Six’s work is related to water infiltration on projects where final completion has yet to be achieved which testifies to the fact that owners have learned to become proactive in regards to water infiltration. Adding to the issue of water infiltration, the second issue is related to mechanical systems and the quality of the air they deliver. The building envelope is the ultimate building plenum (duct). Just as the efficiency of an HVAC system is dependent on an airtight plenum, the ability of the sub-systems within the envelope to perform as designed is directly related to the tightness of the exterior building envelope. An effective building envelope commissioning process must address these two issues through a three-step process designed to fulfill the commissioning process

One point that is often overlooked with regard to building commissioning is that it’s as much of a design verification process as it is a quality assurance process. In the traditional MEP/IT commissioning process, the commissioning agent is placed on the project team very early in the process to provide input during the design phase. The intent is to gain assurance during the design phase so that when the building is constructed it performs as specified. Generally speaking, MEP/ IT systems remain fairly constant from building type to building type and their installation is closely dictated by code which results in a performance criterion that can be accurately forecasted. The building envelope, on the other hand, has to be restudied for each project due to the unique architecture design associated with each
new building. Since “design” is fluid and likely to change, it is equally important that the envelope commissioning begins at the early stages along with MEP/IT. Think about it: if a pump, switch, or air handler do not perform, they can be replaced. However, if a flashing is overlooked in the design phase, portions of the cladding may have to be removed to install it later. Then, consider that the same flashing might have been left out at every window of an occupied high-rise structure and now you have a remedial project that will require significant time and funding once the oversight becomes apparent to all within. Been there, done that.

One of the goals of the envelope commissioning process is to participate in the design process and address details before they become an issue. Mock-ups are a vital part of the process when attempting to “Develop the Intent.” Because building Architecture varies from project to project, mock-ups of the project specific conditions become invaluable prototypes. Although cladding systems often are repeated among various projects, their relationship to adjacent systems is always changing. With the evolution of
Building Information Modeling (BIM), many of these mock-ups can be generated inexpensively on a virtual platform; for testing purposes though, there is no substitute for a full-size working mock-up.

Assuming that you now have construction documents that convey the intent, the next step in the commissioning process is to “Inspect the Product” through a quality control (QC) program executed by
persons who understand how the various systems will interface. This person must also be able to go beyond understanding the systems interface as the success of the QC program is largely dependent on the ability of the inspector to safely access hard to reach areas regularly. Finally, as part of the QC program, deficient work is logged as it’s observed and then tracked to a resolution; in other words, no “punch list surprises” at substantial completion.

Successful building construction depends on the successful collaboration of designers, manufacturers, and installers. Because testing verifies design as well as construction, the collaborative effort must be tested early in the process so repetitive deficiencies can be corrected prior to a full-blown remediation effort.

It’s true that expanding the commissioning process as it relates to the exterior building envelope is an additional “line item” in the project estimate, but I would argue that it does not add to the bottom line of the total project cost. Projects that do not address envelope issues up front often times end up addressing them near substantial completion due to failed testing. The cost associated with recovery
programs typically dwarf the cost associated with an envelope commissioning program. Consider the following case study as an example, and keep in mind that this is not unique in this industry:

A high rise tower project that involved Zero/Six included over 1600 shop fabricated high performance punched windows in pre-cast concrete openings. In an effort to provide better quality control of the fabricated units, the window contractor elected to fabricate these units off-site in their shop environment. The project team included a premier Architect, a first-class construction team, a
first-class product, and the world’s easiest window installation detail. No problem, right? Wrong.

Somewhere between the shop and the project site, 200 miles away, the units were ever so slightly damaged, resulting in water infiltration during rain events. I suspect that the damage was related to shipping and/or crating due to the consistent nature of this defect. The lesson learned from this story is that a commissioning program would have included testing windows early on and would have established a recovery plan that was proactive and did not involve the postmortem removal of 1600 windows over a three month period.

In closing, the whole building commissioning process is an invaluable tool for the entire project team. Potential performance issues can be identified and addressed during the design phase, thus defusing construction defect based claims where mediation finds everyone writing checks. Additionally, building performance is well documented at building delivery, so if the building is found not to perform at some point in the future; it may be related to post construction issues such as maintenance. Not that it ever happens… I’m just sayin’.