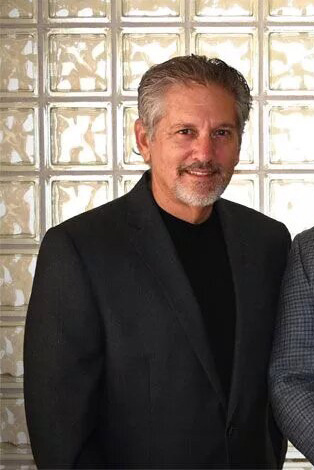 I am often asked how Zero/Six got its name. A lot of times, people assume it was a failed attempt at following a CSI format and then declare that we should be “Zero/Seven” …for Thermal and Moisture since we are skin people. Although that would make sense (and would have provided for a much easier explanation), the Construction Specifications Institute had nothing to do with the naming of Zero/Six.

In the spring of 2003, I had a really good gig with a large AE firm headquartered in Houston. I was experiencing some success, maybe too much success, because my compensation package was getting close to the principal range…and I was not a principal. The CEO (and everyone else) knew that I was moonlighting and previously had no qualms with it, but considering my current stature with the day job, he requested that I cease the moonlighting while he thought of a better plan for me. As it turned out, there really was no better plan to be had, and I needed to moonlight to cover some debts associated with a previous life’s bad decision (or two). Although my salary was good, it was not enough.

So, on the evening of March 16, 2003, having served my last day as an employee, I walked into my lawyer’s (uncle’s) office to start the paperwork for the new venture. It was somewhere around 10:00 that night when he asked what we were going to name it. I quickly responded “Programworx,” and he quickly responded “no” since that was the name I had been moonlighting under (apparently, lawyers have issues with bringing old liabilities to new companies). He then asked what my next choice was, and I immediately shouted out Zero/Six as if it had been sitting there on the end of my tongue forever. He only asked me to spell it out and never questioned its meaning until much later.

The story goes like this. The aforementioned AE firm (that I worked for before the formation of Zero/Six) was very business-like for an architectural firm and pretty well managed overall. We were ruled by an accounting software called Sema4 that had every phase of work organized by a number. I remember that 02 was typically assigned to design development, 03 was typically assigned construction documents, and the group that I was responsible for (construction contract administration or CA) was always 06. I treated 06 as if it were a standalone business. It was a very small portion of the firm’s P&L, but I was always very proud to announce at leadership meetings that the state of 06 as well. So that, folks, is where Zero/Six comes from.

A few weeks after the formation of Zero/Six, the CEO of my previous employer asked how I came up with the name and I just shook my head. Obviously, my attempts at creating the 06 brand within the firm had fallen painfully short if he (of all darn people) did not understand the name. To make things worse, we also had a conversation about how I was like an onion, with layer after layer of issues that he did not see as positive attributes. He further pontificated that I could not be successful and I would be back on his doorstep within five years. We call that motivation where I come from.

We are going on 19 years now, and I could not be prouder of the Zero/Six brand and what it stands for. It is not fortune 500, but it is exactly what we want it to be. I have not found bigger to be better with regard to business, but that is another topic another day.

I still think Programworx is a catchy brand and am somewhat disappointed it never got its chance to shine in the real world. Maybe 2022 will have an opportunity for that brand. I bet it does. Stay tuned.

Merry Christmas, Happy Holidays, or whatever floats your boat,